It started in earnest with one of the biggest franchises of all time, and indisputably one of the most unique. The Harry Potter series carried a generation with it. Audiences grew as the characters grew, first with the books and then nearly a decade later with the films. In 2007, J.K. Rowling completed the seventh and final novel. In 2011, the final film hit the big screen.

Where there were seven books, however,it took eight films to tell the entire story. Warner Bros. opted to split the final novel, Harry Potter and the Deathly Hallows, into two parts. As a result, Part One feels mostly like setup while Part Two plays out like the final act in a longer epic. This is fraught with danger, but director David Yates manages to pull it off. Having come on to direct the markedly more mature half of the franchise, films Five through Eight, Yates was given the time and space to let the final chapter of the saga breathe over the course of about four-and-a-half hours.

The two films were released just six months apart, a complimentary prize for fans left with an incomplete story. Aside from the modern trend of adaptations, it’s a strategy that has been implemented in film before; Quentin Tarrantino did it with Kill Bill, with a similar release plan, while 1973 The Three Musketeers and 1974’s The Four Musketeers, were intended as a single film before being split for release. 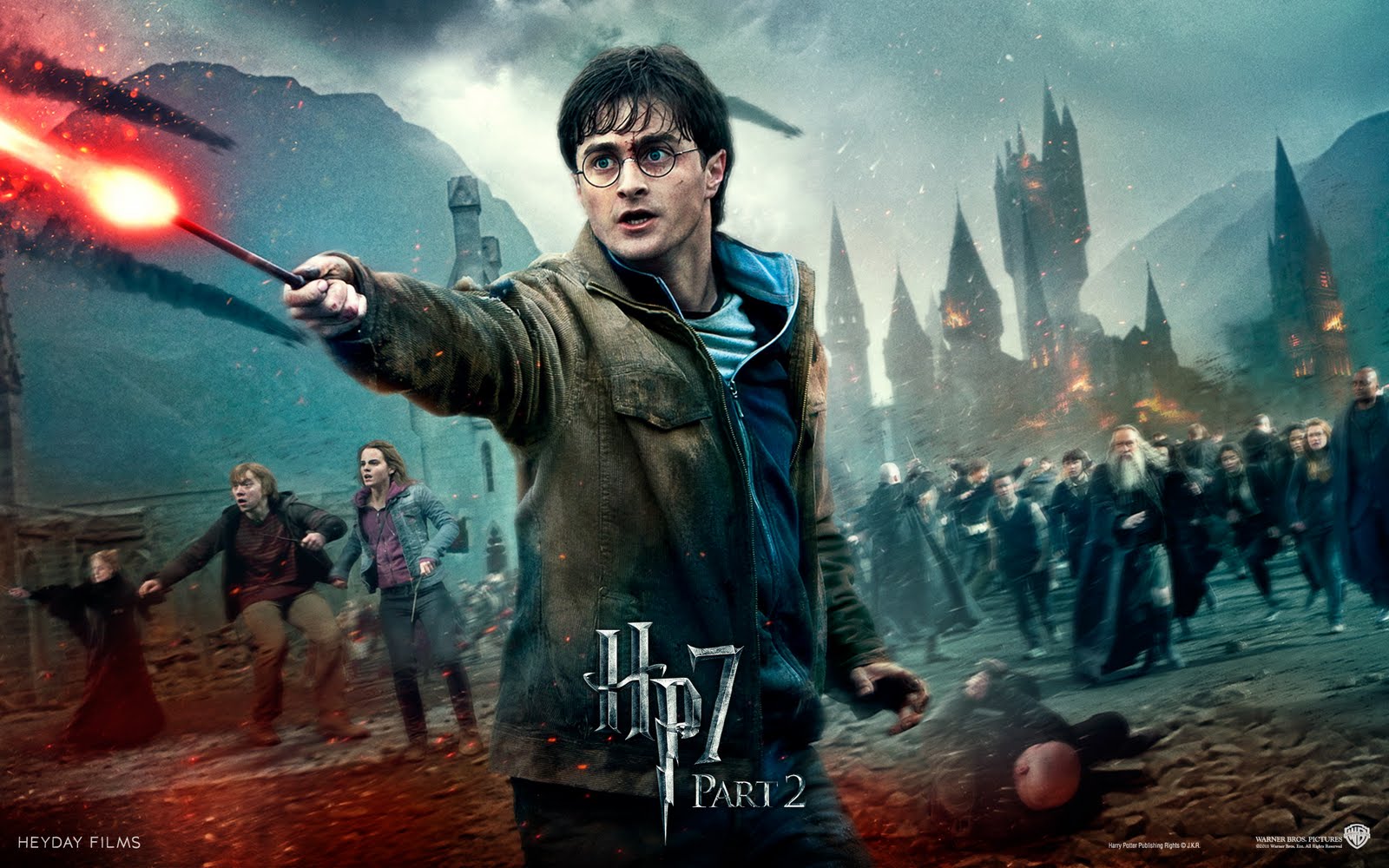 Harry Potter, for all intents and purposes, launched the new wave of these split-stories, and in hindsight it seemed inevitable. The formula had previously been considered for the fourth book in the series, Harry Potter and the Goblet of Fire. Certainly there are bigger books in the franchise than the final one, yet the hunt-or-be-hunted nature of the story suits the strategy of crafting two parts that would make a whole. And despite what we may think of the concept in 2017, Harry Potter and the Deathly Hallows Parts 1 and 2 are well made films in their own right if incomplete by their very design. I’d argue that Part 1 is one of the best films in the franchise, although I’m aware it has its detractors. The franchise itself never produced an outright bad film and questionable changes to the source material aside, the final story is suitably grand.

The then problem isn’t that the producers decided to cut one story into two halves. Rather it’s the precedent that it set. Each of the final Harry Potter films made enormous amounts of money at the box office, which certainly got the attention of competing studios. It quickly became commonplace for producers to ensure that these franchises, almost all of which are notably young adult-oriented, are taken advantage of by way of delaying the inevitable and keeping fans in seats that little while longer. Twilight and then The Hunger Games both followed this model to what is considered ill-fated effect. Having not seen The Twilight Saga, I can’t speak to its quality, though The Hunger Games certainly spun its wheels toward the end, turning a not-so-large novel into two films needlessly and diminishing the story’s impact in doing so.

The Hobbit Trilogy is perhaps the most infamous for taking this course of action. In its early stages, the famous children’s tale was intended as a two-film adaptation (a bad sign to begin with given the novel’s length). It had many names attached to it including Guillermo del Toro as director until it fell into Peter Jackson’s lap, and it became a full-blown prequel to The Lord of the Rings. This directly contradicted the singular, isolated vision of its source material. Eventually, it was turned into three films, churning out a disappointingly weak trilogy with only the first film conjuring the same whimsical magic of the novel at least some of the time.

The disaster that has been The Divergent Series is the writing on the wall, and the formula doesn’t seem to have had a long lifespan before audiences have figured out the real driving force behind the excessive use of these properties. The first half of the third and final book’s adaptation was released in March of 2016, and the second part was slated for June 2017. It has since however been scrapped due to Part 1’s terrible box office take. Negotiations are ongoing to see Part 2 come to life as a TV movie, though it seems unlikely. Much drama came about earlier in 2017 when this news broke with the actors involved being less than enthusiastic about the prospect.

The concept has now become one deserving of hesitance from audiences and the first halves of these indulgent adaptations have proven more and more often as no more than padding. They run the risk of halting the momentum of the series for the sake of a finale that throws everything at the wall. The more of these films we see, the more we have to ask; is quality being sacrificed for quantity? The majority of these executive decisions have lead to films that don’t necessarily feel earned. There has been, and still is, potential for this decision to work for both studios and audiences. 2017’s IT marks the first chapter in an adaptation of Stephen King’s famous horror novel. While we’ve only seen that first (hugely successful) film so far, we can at least attest to the quality of the decision. The book lends itself exceptionally well to the idea.

The attraction is, or at least was, abundantly clear for everybody. Who doesn’t love the idea of spending a little while longer in a world filled with characters whom we’ve fallen in love with? But what it gains by satisfying those who have fallen for the material, it often sacrifices in its strength as a film that can stand on its own two feet and entertain a wider audience. Both Justice League and Avengers: Infinity War were intended as two-parters in the early stages of their development. Perhaps, both studios and audiences are losing interest in a short-lived fad, the returns for which seem to dwindle with every new franchise that gives it a try.

Shot of the Day

Poster of the Day

Listen/Subscribe to The Film ‘89 Podcast.